How to: Escam IP Camera with POE and Zoneminder

Instead of spending hundreds of dollars on a Dropcam, I decided to try out a cheap IP camera I found on Amazon: the Escam Qd300 for $40. It's 720p and has an ethernet port and night vision. I also picked up this cheap Power Over Ethernet (POE) injector for $6. With POE I don't have to worry about having a power plug near the camera, I just plug it in on the other end of the Ethernet cable. Another benefit is that it's plugged into my UPS battery backup so the camera will stay on even during a power outage :) 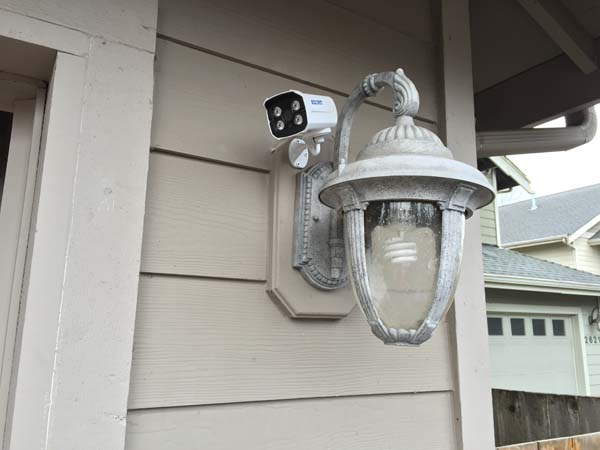 I started by testing everything out at my desk. The setup looks something like this: 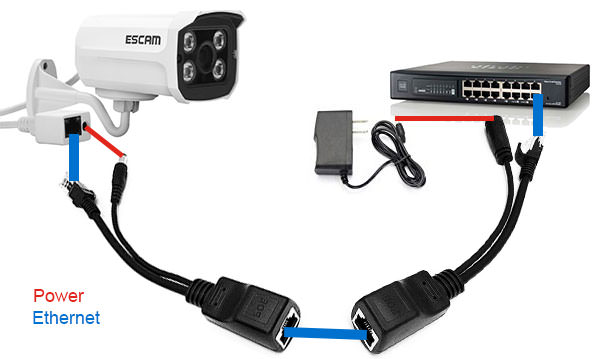 Everything worked great. The camera outputs an h.264 feed which I plan on pulling into Zoneminder. But more on that later.

My plan was to install this outside by my garage door. I wanted to punch a small hole to let the camera's chord through and nothing more (I didn't want the POE injector hanging outside). To avoid making a hole the size of the network/power port on the camera, I opened the camera up and unplugged the wires from the board inside. 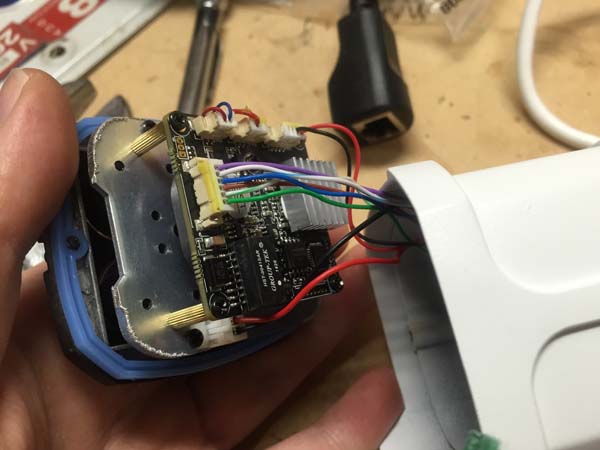 Pulling those wires through the enclosure was a bit tricky, the network pin is wider than the hole in the back so you have to shove it in sideways. The existing hole on the back of the camera is 1/4" and once I had the cables out I widened it to 5/16" to make it easier to put back together. 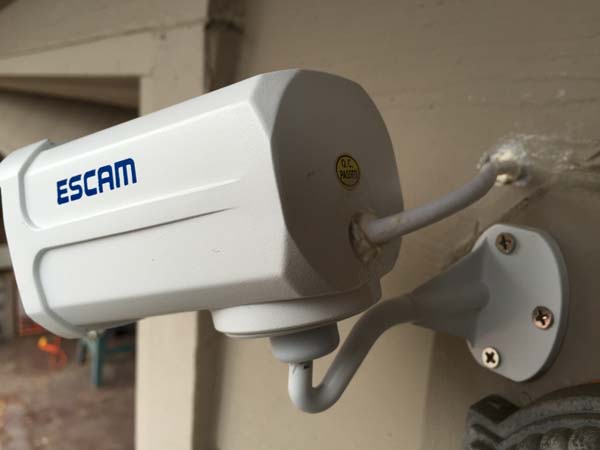 The POE injector dangling on the inside of my garage 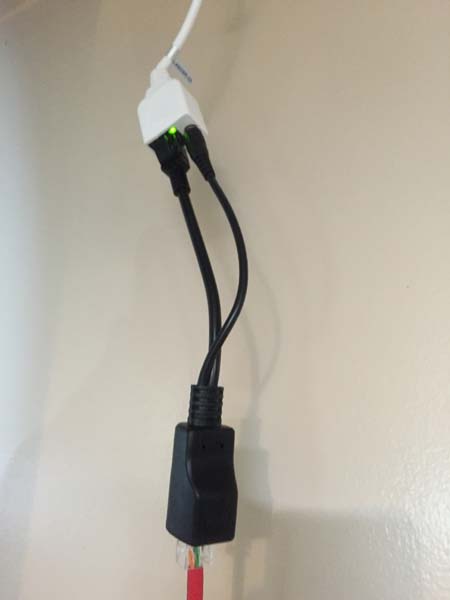 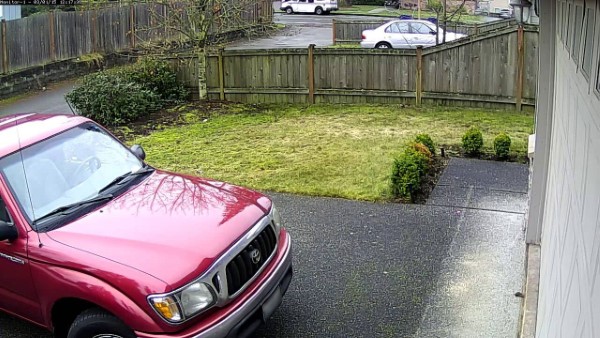 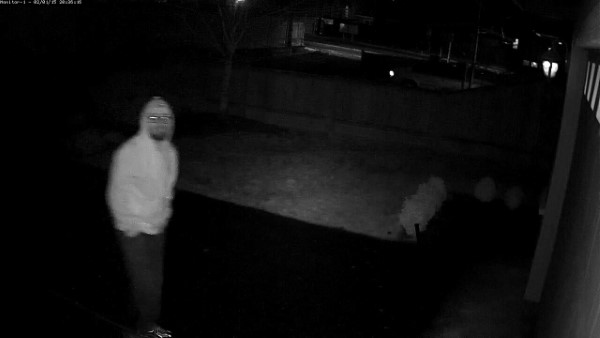 I used the Zonemindar Ubuntu PPA which made setup really easy:

You want to make sure you have at least version 1.2.8, that's when they started including libvlc which makes camera setup a lot easier.

Here are my settings for the Escam Qd300 within Zoneminder: 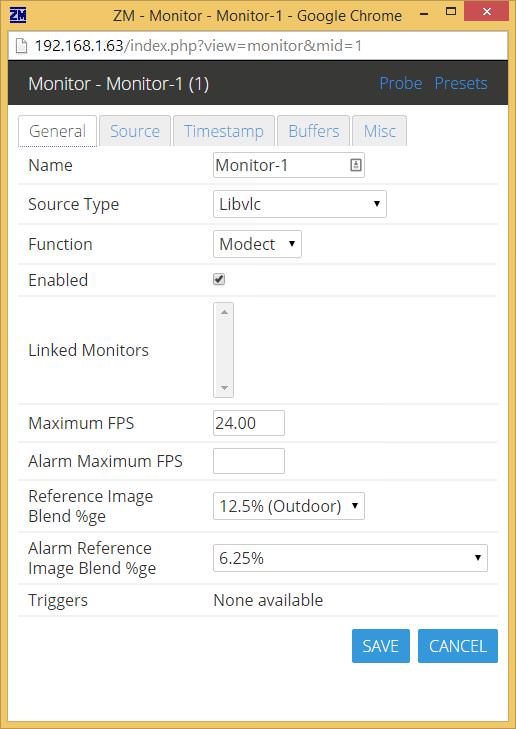 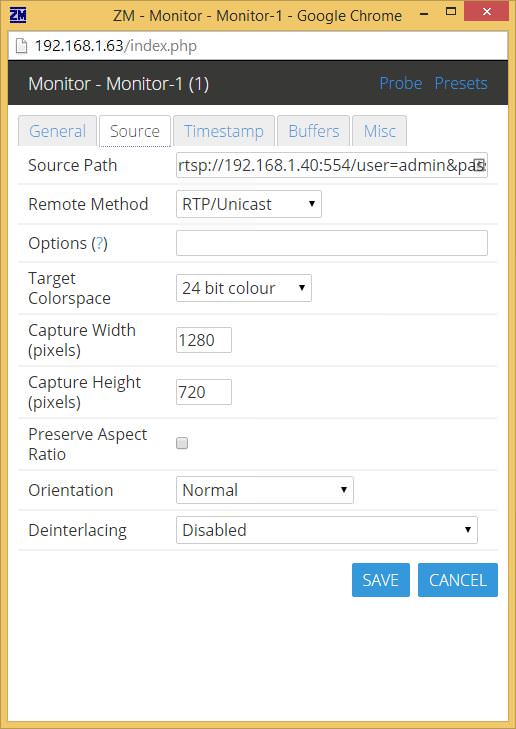 And there you have it! You are on your way to being your local crazy security guy!